Herringbone and houndstooth are classic fashion fabrications making their mark in the Fall 2019 collections. In addition to more traditional menswear garments, this season is punctuated by designers using material in novel and unexpected ways.

The herringbone pattern is a classic, versatile and nearly 4,000 year old pattern found across a variety of mediums throughout history. The key characteristic of the design is the broken zigzag resembling the bones of the herring fish, or an up and down arrow effect, created by columns of parallel lines slanting in opposite directions and alternating colors.

The design origins of herringbone are found in the jewelry of ancient Egyptian royalty, basketry of indigenous peoples and brick roads built during the Roman empire. Roman roads are most often credited with the beginnings of herringbone because of their visibility and longevity.

The earliest herringbone textiles were found across Europe: woven horsehair cloths in Celtic regions and textile fragments in present day Austria and Italy. Herringbone translates well to woven fabrics as it is a variation of one of the most basic techniques, the twill weave. Twill weave is a repeating pattern that forms diagonal lines; herringbone, also known as Broken Twill Weave, creates an offset of diagonals going in the opposite direction instead of continuing indefinitely.

Herringbone’s longevity is due in part to its versatility. From flooring to fashion, when repeated on a large scale the pattern can be bold and striking, however on a small scale it is quite subtle and reads as solid from a distance.

Houndstooth is an equally iconic pattern in fashion albeit a more recent development. It is a very distinctive symmetrical pattern originally created in weaving by alternating columns and rows of four dark and four light threads, with twill diagonal lines extending from the sides of the squares created by the different colors. The resulting pattern makes an abstract checkerboard with the lines differentiating the design from a standard check pattern by giving the impression of jagged edges, creating a shape reminiscent of a hound’s teeth. It is also referred to as dogstooth, puppytooth when a very small pattern and as “pied de poule” (chicken feet) in French.

A textile found in a Swedish peat bog and dating back 2,000 years is the oldest known evidence of the houndstooth pattern. However little is seen of the design throughout history until it began appearing in the Scottish lowlands in the early 1800s. It was mostly used by shepherds and as outerwear for laborers until the British Prince of Wales, Edward VII, began wearing the print in the 1930s. Houndstooth rapidly ascended in popularity, appearing in Christian Dior haute couture designs in 1959 as a printed pattern as well as woven and establishing its place in American fashion by the mid 1960s. 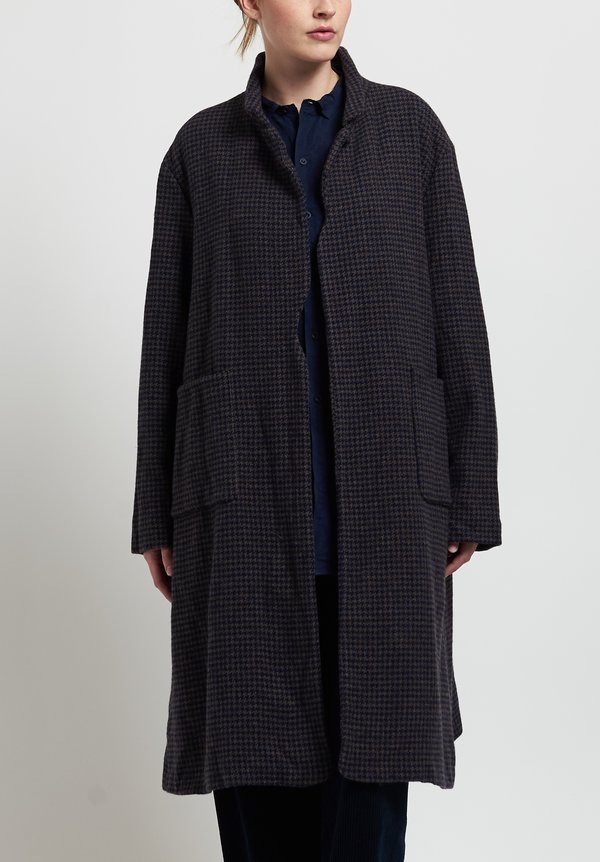 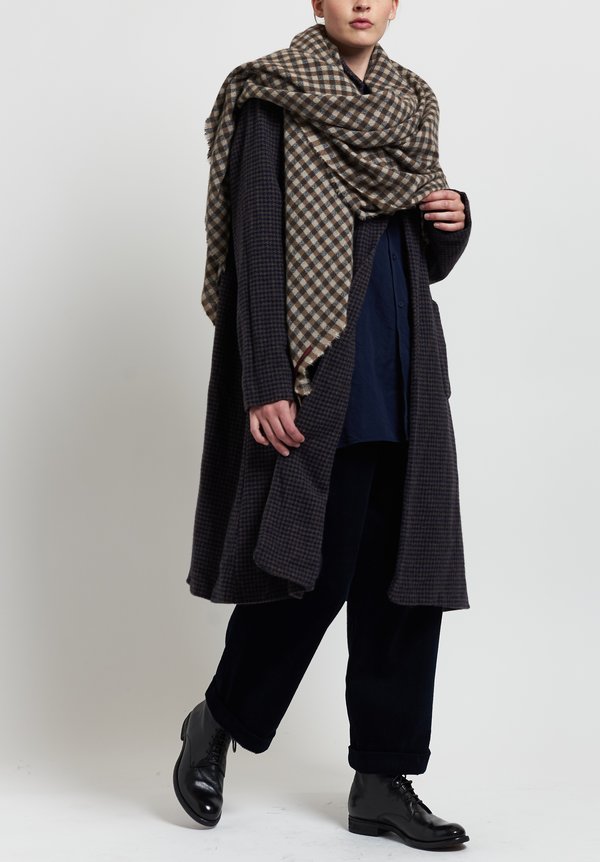 Designers are going wildly creative on the runway, trying to break down barriers, elicit strong reactions and entertain with an otherworldliness that makes many question practicality or even beauty. The converse of this trend is to work with anchoring elements in new and interesting ways. This season, we see these quintessentially menswear fabrics as a base for juxtaposition and intrigue when combined with feminine, whimsical details or layers of artfulness.

No results found for the search parameters given.