Catarina Riccabona is an award winning textile designer and weaver at the forefront of the UK craft scene. After winning the Cockpit Arts/Clothworkers’ Foundation Award in 2012, she established a weaving practice collaborating with interior designers and a few retail outlets. Her work is found at leading craft galleries, including FLOW and The New Craftsmen, and is regularly covered in publications like Selvedge, Milk and Hole & Corner.

After winning the Cockpit Arts Clothmaker’s Foundation Award in 2012, Catarina began to work in their community studio as the result of a grant they award to encourage handmade craft. This workspace houses a unique community of roughly 70 makers in South London.

Since then, a minimal impact philosophy has become the foundation of her process. Despite developing a set of rules for her creative practice, she does not feel limited. Catarina channels an abundance of creativity and flexibility when she begins to weave. Much of her work is unplanned — the stripes, patterns and feel of each throw progresses naturally.

“Each piece is highly individual. The distinct identity is created by an intuitive and observing way of working, allowing the design to form spontaneously.”

She uses unbleached and undyed linen in the warp of each textile. Setting up a traditional loom takes several days and once adjusting each piece is complete, weaving a single throw can take anywhere from one to three days to complete, depending on the length and complexity of the design.

The weft of each throw is composed using a mix of natural and up-cycled yarn. Linen, hemp, undyed or plant-dyed wool and alpaca yarn is sourced from the UK. Second-hand yarn utilized in her work often takes the form of leftover “waste warp” from fellow weavers. Typically, there is a meter of warp that remains unused. Through her process, hundreds of individual lengths are made new when they are knotted together and used later as weft. When woven, the knots appear across the textile and become a tactile feature.

“I think it’s quite powerful. There’s always evidence of the human hand, the fact that it’s not one to one reproducible. It makes a testimony of the moment.”

Catarina is inspired by the earthy aesthetics of tribal textiles, linen towels and vintage cloth sacks. Slight eccentricities throughout the textile become the hallmark of the maker’s hand. Unexpected changes in texture and tone create a playground for the eye, where new details are waiting to be discovered. This, in combination with continual experimentation, has given each of her pieces a soul of their own. 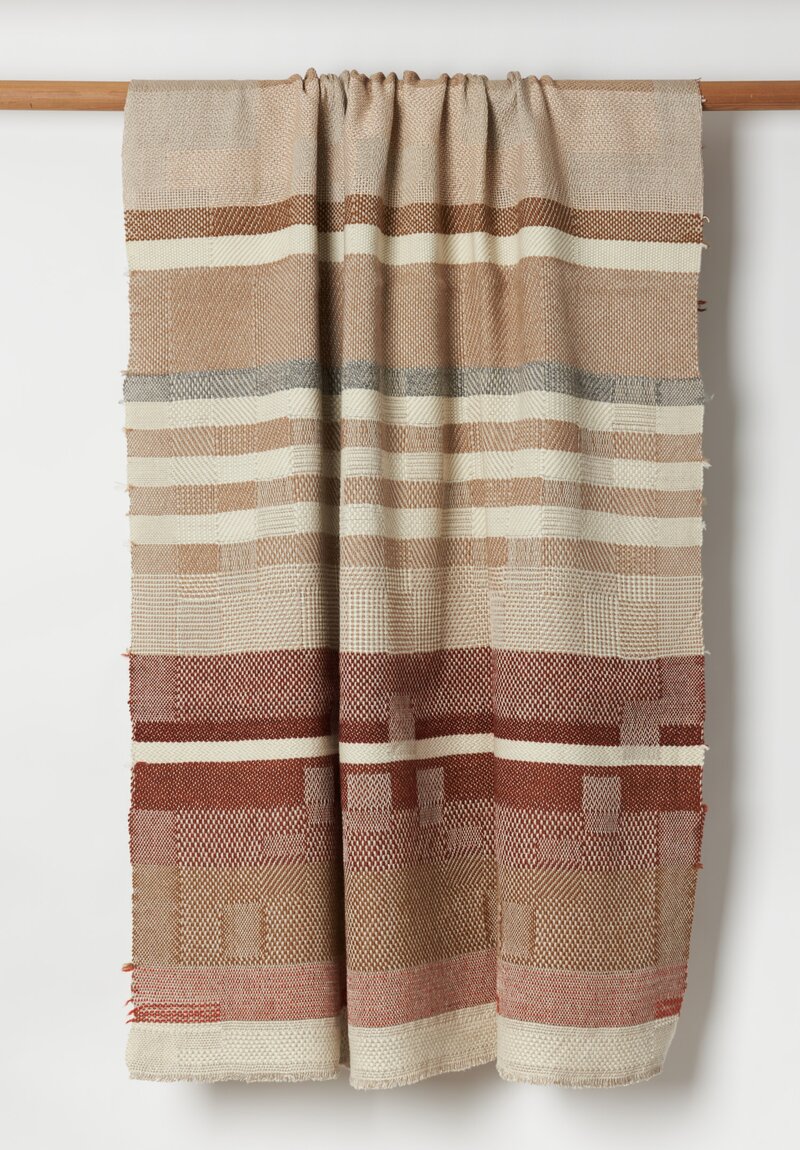 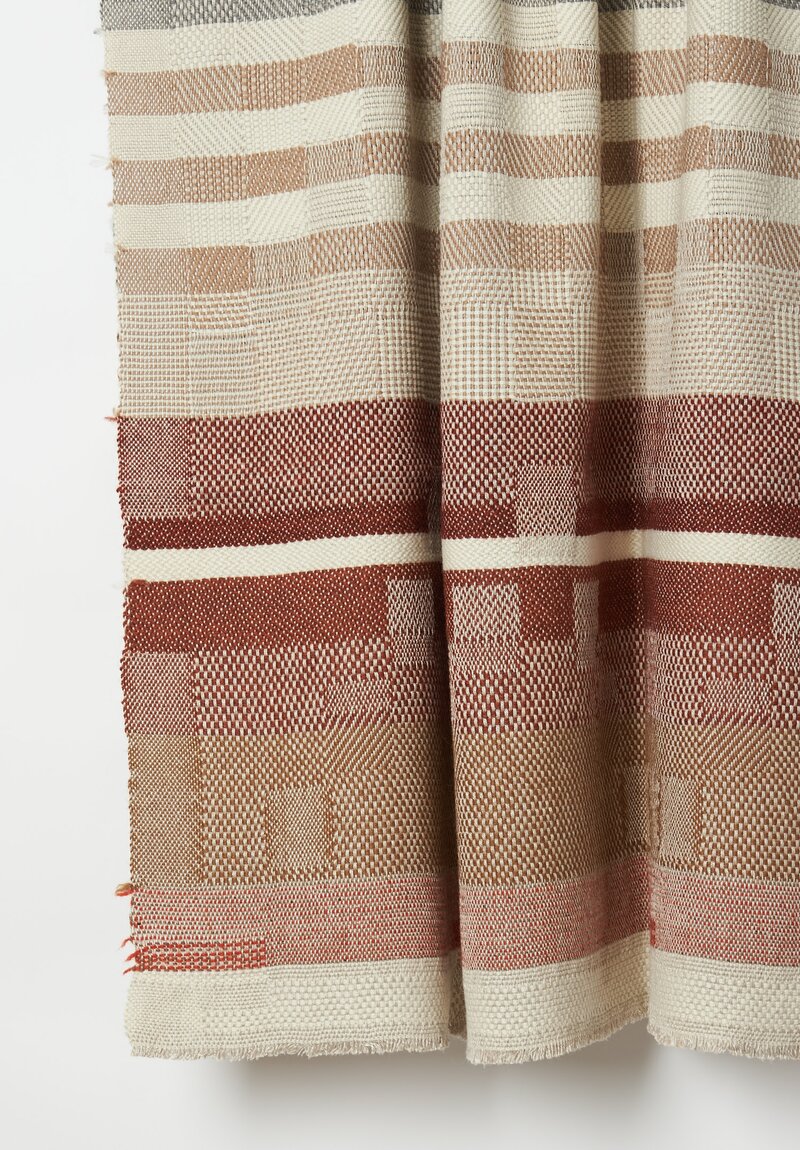 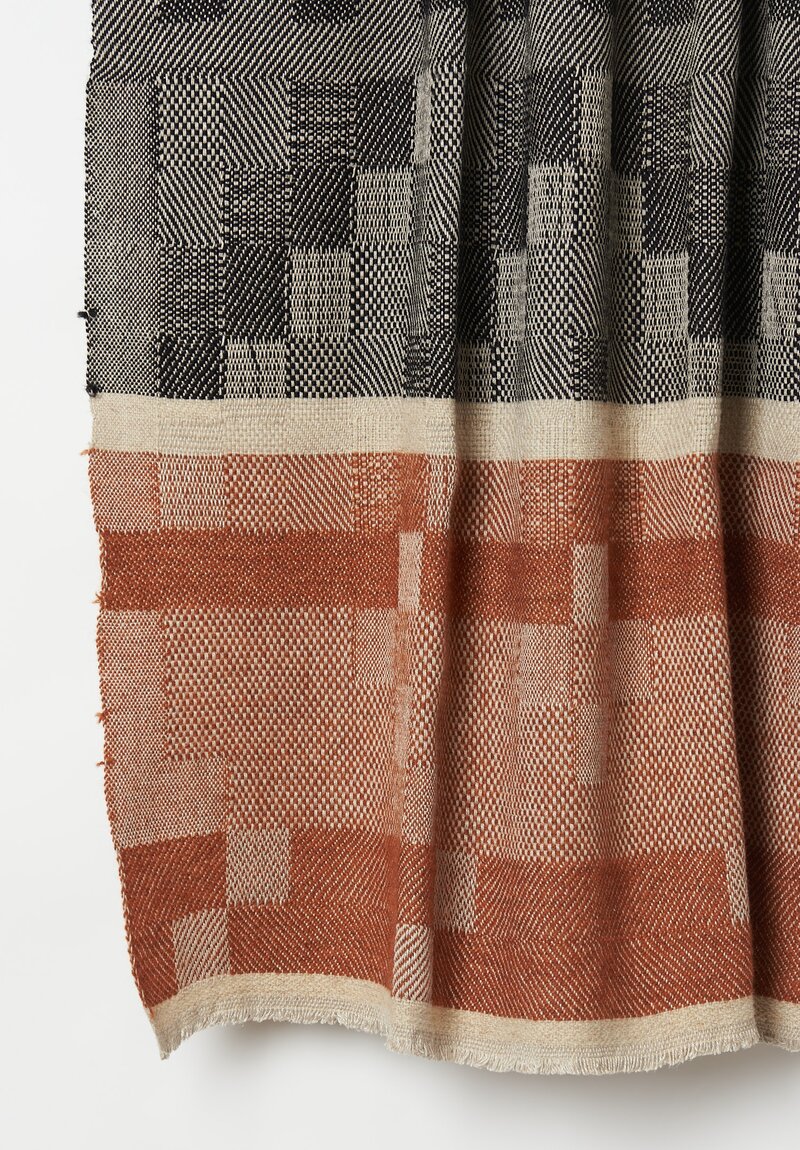